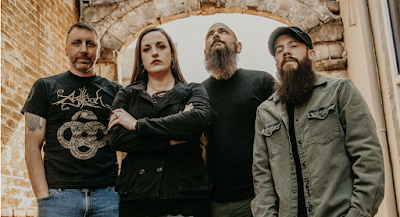 "The type of record you need to let wash over you through a good pair of headphones, or the type to close your eyes to and get absolutely lost in." -- Metal Injection

The Obelisk recently shared the video for "Where I've Been" HERE. (Direct YouTube.) Revolver Magazine previously launched the video for "Your Burden" HERE. (Direct YouTube.) CvltNation shared the single "Eyes Like Knives" HERE.
Four musical kindred spirits have delivered a crushing, yet beautiful debut album in 1823. At this point, it is worth stating that the title 1823 has special significance. It’s not just a numerical title, it has substance. Eric Bigelow (drummer) has been on the list for a kidney for around 4 years.
Eric received a kidney transplant in May of 2019. This happened right in the middle of writing the album. The kidney was from a deceased donor and all Eric and Crystal Bigelow (singer and Eric’s wife) know about the donor is that it was a young woman between the ages of 18-23. The album is dedicated to the donor and the surgeons at Vanderbilt hospital in Nashville TN. And what a fine tribute it is.
Musically, 1823 could be categorized as ‘Doom’. However, on this debut it’s obvious that EMBR have range, drive and a desire to add to the genre, to broaden it whilst staying true to its core fundamentals.
Rest assured, the band have all the nuts and bolts in place. Mark Buchanan (guitar), Alan Light (bass) and Eric Bigelow (drums) keep everything tight and weighty. Massive drop-tuned guitars, chest rattling low end, pounding drums, fuzzy distortion, it’s all there. But they also add in synths, a bit of grunge and alt rock flavors. 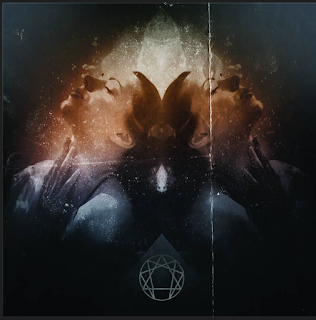