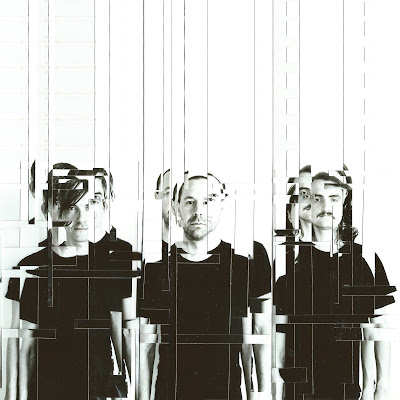 "Yardsss tends toward the dark and droning and bombastic, with heady, swelling orchestrations. It doesn't take many listens to understand that Krueger is breaking boundaries not for the sake of being (or seeming) transgressive, but to make sounds that awaken actual feelings -- uplifting, inspiring emotions." -- Portland Mercury


"A weird mix of Swans, post-rock, and orchestral music. It's not nearly as harsh or abrasive as No Wave or other experimental noise or drone projects, but it definitely has elements from those genres." -- Heavy Blog Is Heavy
"Extended improvisational pieces that prominently feature drones, dissonance and an ominous aura, bringing to mind the epic and eerie sounds of Godspeed You! Black Emperor or the no wave symphonies of Glenn Branca. It’s at times chaotic, beautiful and overwhelming." -- Treble


The album is performed in the full trio lineup of the band, Paul Schaefer, Robin Levy and Krist Krueger.


The first two Yardsss releases, the Foma EP (2013) and Granfalloons EP (2016) were masterpieces of sonic effluvium, walking the fine line between abrasive noise and gorgeous, sometimes cacophonous melody inviting comparisons to Swans, Glenn Branca, White Suns and Godspeed Y!BE. Later efforts like the collaborative 333 (2016) and musical stream-of-consciousness Epithets (2017) explore conceptual themes of text as well as lineup. With the newly solidified delineation of Yardsss varying entities, Krueger and interlopers are free to expand upon ideas as they arise without fear of confusing fans.


Krueger is best known for his work with Southerly, whose 2007 debut Storyteller and the Gossip Columnist was met to national critical acclaim. His collective-run label, SELF Group, began a major relaunching in late 2015, with new releases from likeminded outfits Southerly, Mothertapes, King Who, C^VES, Swansea, Scriptures and more.


Cultus will be available on September 11, 2020 via SELF Group. Pre-orders are available HERE.