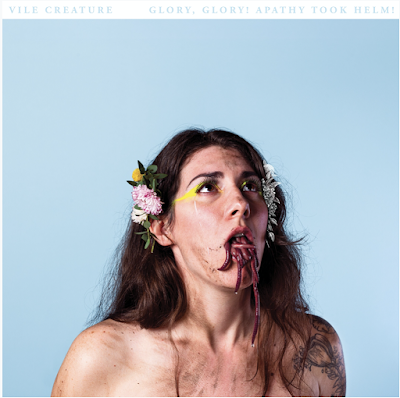 "The two-part, 14-minute song really is a triumph. It starts out as something dark and ethereal with haunting, pristine, gothy clean vocals, and it eventually builds to a cathartic climax of Vile Creature's usual blackened sludge." -- Brooklyn Vegan

The five track album will be their first full length studio album under the Prosthetic Records banner. Pre-order/pre-save SmartURL HERE.

Decibel Magazine recently premiered "When The Path Is Unclear" alongside an excerpt from an interview due to be published in full in the print edition HERE. Metal Injection shared the video for "You Who Has Never Slept" HERE. Kerrang! previously launched the single audio HERE.

About the new single, KW says:
"This song is the most cathartic, personally satisfying song I have ever written from start to finish, it honestly feels like the song we were meant to put out there. The first half was co-written with Laurel Minnes, a phenomenal vocalist and musician who we worked with on our EP A Pessimistic Doomsayer. Laurel, along with her band Minuscule, which comprises a full choir, made our grandiose idea a reality. Tanya Byrne of Bismuth also contributed the perfect companion instrumentation to the first half in her piano and organ, really pushing the whole song with forward momentum towards its latter half. We could not be more proud of this title track."
VILE CREATURE has been constantly evolving during their six years as a band; from each release to the next, the Hamilton, Ontario duo have been pushing the boundaries of their own creativity, and testing the limits of their own place in the world. Nowhere is this more evident than on their latest experimental doom metal album, Glory, Glory! Apathy Took Helm! VILE CREATURE are digging their heels in, ready to fight against the all too easy slide into nihilism -- as embodied in the sardonic album title. 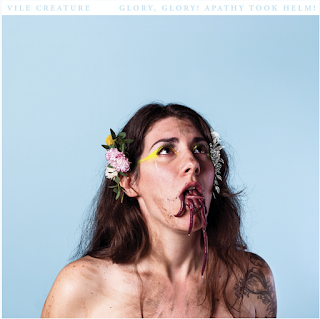