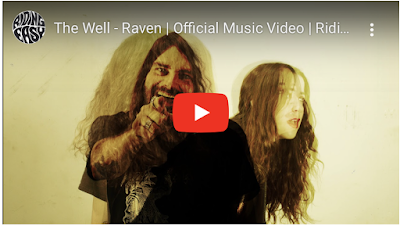 The band has spent much of the year on tour, and continue the trek now into November. Early in the new year, The Well return to headline shows in the EU & UK, followed by West Coast dates with label mates Zig-Zags in February 2020. Please see all dates below.
Death and Consolation is without a doubt a weighty album title. And, The Well is among the heaviest heavy psych bands in existence. So when we say that there's even more darkness and intensity to the band's third album than previous efforts, take heed. It's a deep sea diving bell of enveloping heaviness and longing.