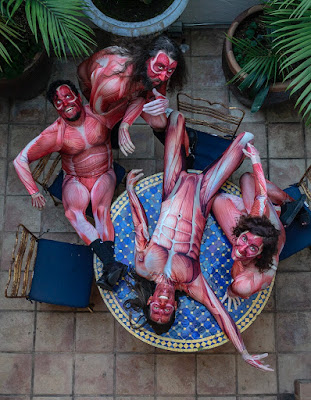 "Throw David Lynch in the pit of a 2020 grind show and the noise that it makes might resemble Melted Bodies... The soundtrack to a radioactive spaghetti western where everyone's throwing up." -- Kerrang

Melted Bodies also announce the forthcoming release of their full length debut Enjoy Yourself with a stream of the song up at Bandcamp and Spotify.

About the video, the band explains:
"The premise is that this is a guided meditation. Seeing as the track is titled "Club Anxious", it's a journey of stress, discomfort, and very much an endurance test. It begins with an actual guided meditation to set the stage. We then head into the formal 'music video' portion of the track. From there, the song begins to 'decay' in a variety of ways (playing in reverse, at double time, and half time) before building up into 10 minute plus mega remix for the song. At the climax of the remix, an hour long deconstruction of the song repeats until it slows to a completely unrecognizable crawl.We leave the viewer with a 20min "palate cleanser" of serene nature sounds."

Earlier this year, the band released their insanely clever video for their single "Ad People." The hilarious video spoofs our vapid Internet content spewing culture and is available to watch and share on YouTube.

Melted Bodies creates music for people to propel their limitless potential. We aim to inspire a can-do attitude that's culturally relevant, relatable, safe, and accessible to everyone. Instead of breaking boundaries, let's shatter them into a million mobile-friendly pieces, together. Motion creates emotion, and emotion creates content that challenges our core cultural influencers in our ever-increasingly connected world.

These are all ideas and themes that we can leverage and take advantage of in the new media democracy. We are here to target influencer content and engage media partners through collective storytelling and game-changing ideas. Autonomous social media helps drive peer to peer authentic engagements that can be tracked and measured to create augmented experiences which can then be leveraged to connect human truths. Our aim is to pander to the needs and wants of these global progressive influencers and pander we will.

Enjoy Yourself will be available on limited edition vinyl and digital on September 18th, 2020 via Sweatband Records. Pre-orders are available HERE. 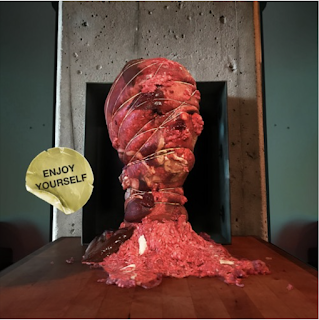