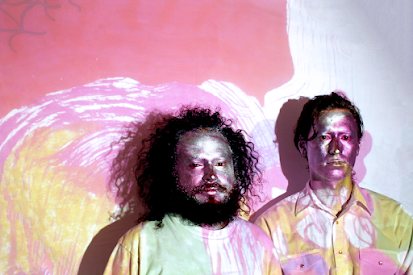 “Neckbolt are truly onto something special... Making noise rock in their own way, deranged and slurred, loud and abrasive, but colorful and a bit psychedelic.” — Post-Trash

The name Neckbolt might evoke images of Frankenstein’s monster’s appendages, or it might suggest a critical piece of guitar hardware. And, both are very fitting for the music of Neckbolt: a freakish hodgepodge of musical body parts rendered in nightmarish form, while also still reminiscent of rock’n’roll canon at its heart.

This outsider noise-rock project from Austin, TX requires close listening to parse out the informed musicianship that binds the skewed and screeching elements together. Neckbolt’s unrelenting twang, invasive visual and lyrical concepts, and uncharted sonic challenges to the experimental and noise rock genres are reminiscent of the early Skin Graft label’s pugilistic skronk, while also hinting at the subsumed melodies within recent Flaming Lips noise outings.

Neckbolt was formed in 2020 by multi-instrumentalist Benjamin Krause and vocalist James Roo after Krause had relocated from Colorado. All instruments on the bannd’s debut album Midwestern Drawl were recorded and performed by Krause during 2020 and 2021, with Roo providing vocals, lyrics, and artwork. With the 11-song album’s completion, the duo opted to expand the lineup in order to play live. Enter Bill Indelicato from Austin’s noise-rock powerhouse Exhalants, along with Kilyn Massey and Brent Hodge from OKC’s shoegaze masters Power Pyramid to complete the lineup.

The band then shot Neckbolt Live! at the Museum of Human Achievement, the forthcoming live performance companion video to be released on VHS & online. The group not only performed in the live band, but members also tracked, edited, filmed, and mixed the VHS release. This was all done in a six hour window in an intensely hot room without air conditioning on a particularly sweltering Texan summer day. To say this was a challenge would be a gross understatement. You can probably hear the sweat.

Midwestern Drawl will be available for download and on vinyl and cassette on November 5th, 2021 via Bandcamp and distributor Digital Hotdogs. Neckbolt Live! at the Museum of Human Achievement will be available the same day on VHS and online. Preorders are available here: neckbolt.xyz 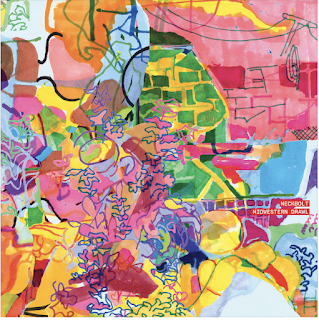 04. House on the Borderland