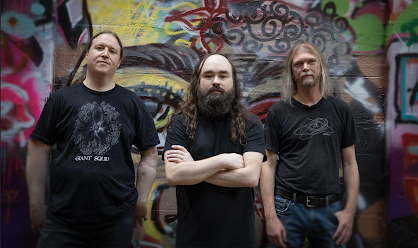 Ghosts… is an album borne from the organic and intuitive connection between guitarist/vocalist Marc Changnon, bassist Jered Johnson and drummer Adam Young. After releasing a lo-fi acoustic album, 2 Windows in 2011 and 2015’s post rock/shoegaze leaning Emerge From The Illusion, LCS reformed with a new lineup and progressed into an artistic and stylistic rebirth with Ghosts… Combining progressive dynamics, uniquely delivered vocals, channeled lyrics, intricately woven passages that power through unorthodox arrangements culminating into epic walls of sound. This leads to the construction of a profound emotional and psychological journey. The alchemy was enough to catch the attention of famed producer Matt Bayles. Completed in 10 intensely focused 12-hour days in May of 2021, the rigor pushed everyone involved to exhaustion, but the belief that they were creating something special was the intrinsic motivation needed to complete the record.

Light Creates Shadow utilize conceptual frameworks to take the listener on an interior journey into the creative process, psyche, and a confrontation with the Shadow, buried deep in the unconscious mind. This alchemical mixture offers the audience a blank canvas to paint their own rendering of interpretation upon. LCS have positioned themselves to have breakthrough potential with an innovative concept, genre defining sound, and enigmatic live performance that engages the audience in a new way.

“We believe music that explores the depths of what is possible between audience and artist, should be transparent about its intentions,” explains Changnon. “To provide context, I’m inferring that if a band are conduits for channeled meaning, healing and collective synchronicity, then that same transference is innately present in the connection with the listener. We are going to explore this synchronistic relationship through a companion interactive web experience that will intrigue even the most hardened skeptics.”

Light Creates Shadow draw influences from artists such as; TOOL, Pink Floyd, Mastodon, Isis, Emma Ruth Rundle, The Smashing Pumpkins and Sunny Day Real Estate to name a few. But LCS believe they are establishing their own path and feel their sound is authentically their own. “We are looking to create a following predicated on re-introducing heavy music to the depths of intellect, emotion, and soul, as an experiential necessity. I believe that art is at its peak when you are forced to be an active participant in the exchange.”

Ghosts pass through, running from the body will be available on LP, CD and download on July 1st, 2022. 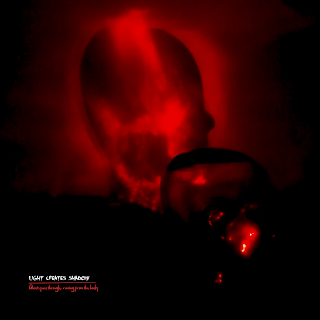 Album: Ghosts pass through, running from the body