"It Came From Aquarius Records" is a feature-length documentary about the SF-based independent record store, Aquarius Records. Having closed in 2016 after 47 years, this small apartment-sized store championed local, underground, independent, and challenging music to the masses - most memorably with their infamous bi-weekly, college essay-length, new-release lists.

This doc has interviews with the aQ owners dating back to 1970, other record store owners from around the world, musicians, label heads, music journalists, and INTENSE music collectors. Interviewees include Matt Groening (The Simpsons), Wayne Coyne (Flaming Lips), Bruce Ackley, John Darnielle (The Mountain Goats), Ty Segall, and Liz Harris (Grouper). About 65 (!!) total!

Aquarius Records influenced and enriched countless peoples’ musical tastes with their curated selections - but this film also shows the realities of an indie record store trying to survive in an increasingly difficult market of brick-and-mortar music shops, especially in the ever-changing and price-gouging Mission District of SF.

Six years in the making, the film has a very personal angle, with lots of behind-the-scenes footage (and drama) that shows both the joy and excruciating stress that comes with running — and closing — a store like this. 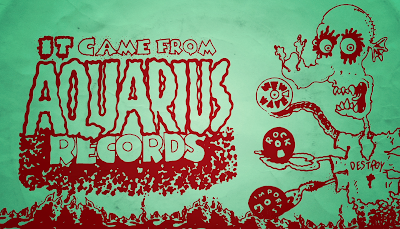