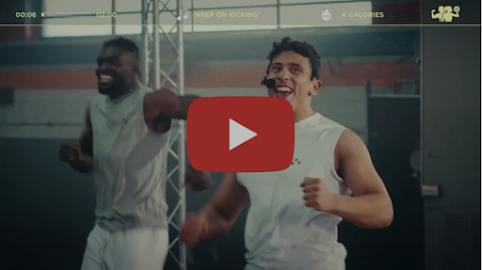 The single is also available now via Bandcamp and all DSPs at this SmartURL.

The band wanted to do something a little different from their previous clips for the music video. They reached out to Belgian director Jonas Govaerts (Cub, Tabula Rasa, F*** You Very, Very Much) who bassist Lachlan had met working on Tabula Rasa, a Netflix series that Jonas co-directed, a few years back.

Die! Die! Die! was excited about a director who loved punk rock and horror, so gave Jonas full license to make what he wanted. The pitch: "A workout video which descends into a gore fest". The idea was so unique they had to say yes.

Says Jonas of the finished product: "I'm pretty proud of the result, which hopefully looks a bit like an early Peter Jackson video. After all, shouldn't a band named Die! Die! Die! have at least one horror-themed music video?"

Since their debut in 2005, Die! Die! Die! has blended a powerful and infectious concoction of post-punk, noise pop, shoegaze, lo-fi, and punk rock into one massive sounding whole. Fresh for a global pandemic outbreak, the trio returns in its original lineup for their most urgent and well honed album to date, This Is Not An Island Anymore. Since recording their debut album with Steve Albini (Shellac, Nirvana, PJ Harvey) in Chicago in 2005, Die! Die! Die! have worked with producers including Shayne Carter, Nick Roughan (The Skeptics), Chris Townend (Violent Femmes), and have written and recorded albums in New York, Dunedin, London and rural France.

Their indispensable collection of records, and their intense and unflinching live show, continue to drive their connection with audiences across the globe. Both are a telling reminder of why Die! Die! Die! are one of the most enduring and unapologetic bands to ever emerge out of New Zealand. 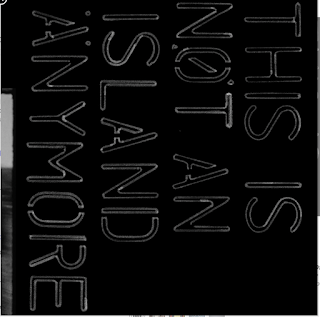 Album: This Is Not An Island Anymore

01. This Is Not An Island Anymore

05.6 Months In The Lighthouse

07.Vanish (but That's My Hometown, Marcus)

08.Never Tire Looking At The Sun

09.IMAGINE (Spending So Long Making Other People Feel Like Shit)